As the market for technology you can wear on your face heats up, one company is aiming to bring a piece of it to a ski slope near you. 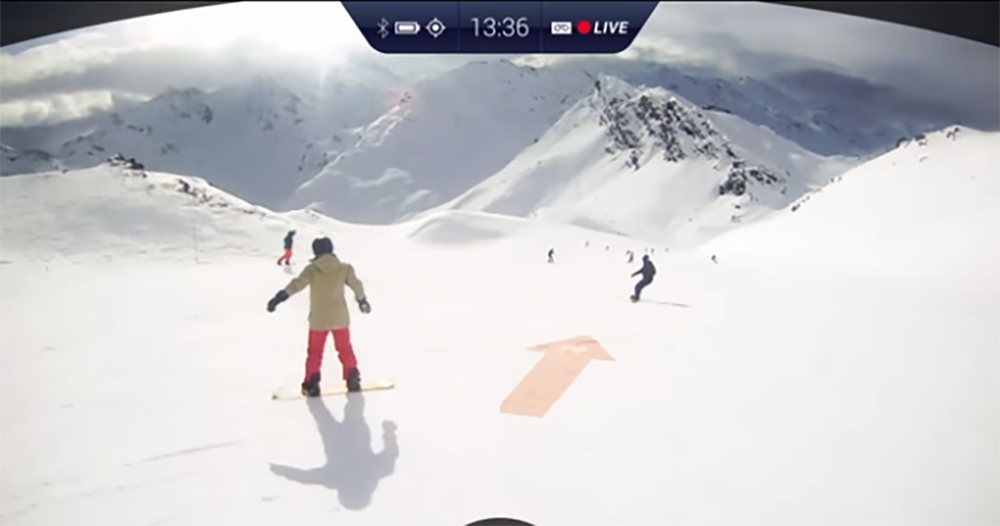 Unlike the Oakley Airwave or Zeal Optics Z3, which have a static heads-up display in one section of your vision, the RideOn goggles offer an interface that takes place in the center of your field of vision. You interact with it and control the features without impacting your visibility, the company markets.

The interface displays a virtual 15 feet in front of the rider. This makes it easier to interact with the technology while still being aware of the slope.

RideOn Goggles allow wearers to send canned messages to other riders wearing the goggles. Navigation around a resort is aided by the ability to set waypoints and meeting points. The display shows the location of lodges, ski lifts, and out-of-bounds zones.

In the future, the company plans to add features like wait time for ski lifts. 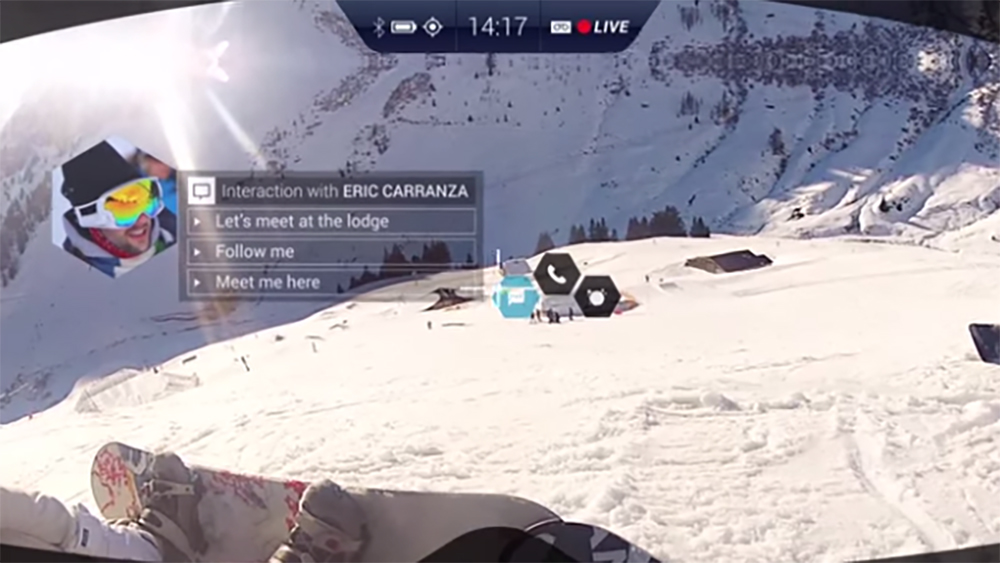 Because we live in a world where everything has to be a game, you can navigate virtual waypoints that pop up in your field to score points and compete against your friends. 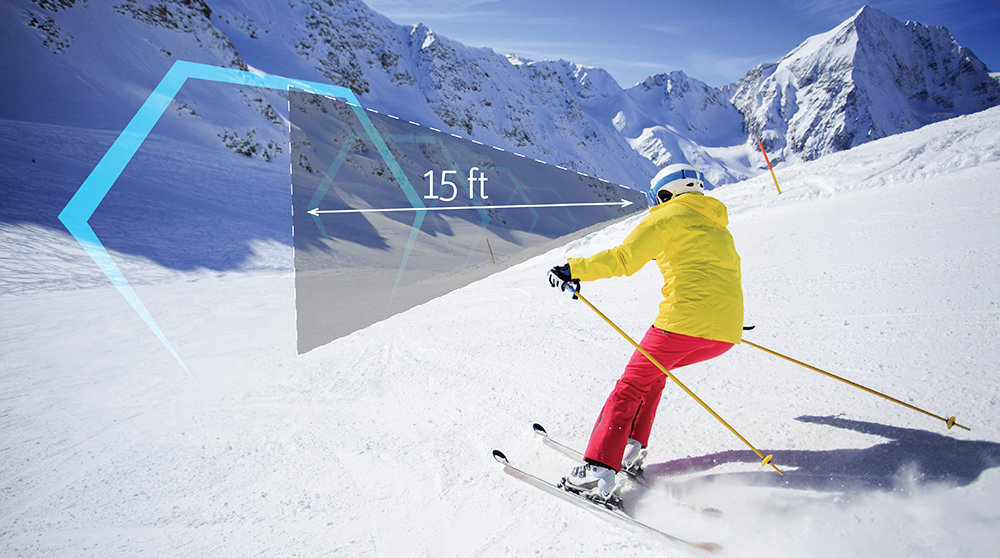 The device comes with an onboard HD camera to record your ride down. The interface is hands-free and controlled with your eyes — just simply look at the feature you want to use on the screen and –voila! — the feature is engaged.

Hopefully, the eye control works as seamless as it does in the video or else we might see users wildly flailing their heads about trying to select the right function

RideOn is in a fundraising campaign to develop its first products. Buy them for about $500 now if you’re into the augmented-reality game. Expected retail price will jump to $900 once RideOn offers wide distribution.

Up Next: 2016 Preview: Swappable-Lens Giro Goggles