Water drips, and ice forms in massive curtains along the shore of Lake Superior. Welcome to Michigan’s U.P., where sandstone cliffs, frigid temps, and the world’s largest lake set a stage for some of the best ice climbing on the continent. 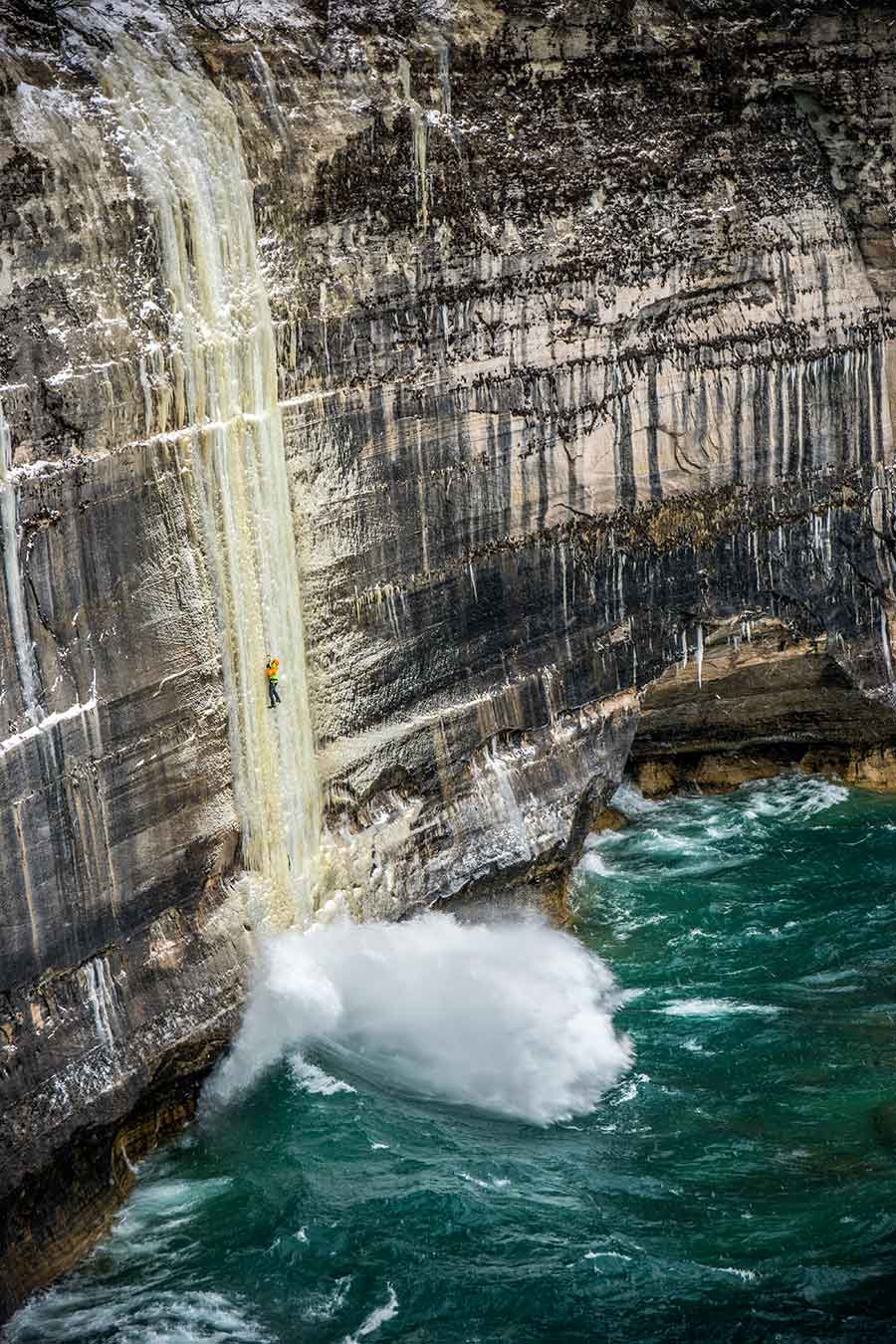 In a new production by Clear & Cold Cinema, “The Michigan Ice Film,” director Aaron Peterson captures the intensity and spirit at one of the country’s least-known meccas for climbing ice.

The 1h 11min documentary is currently on the film fest circuit as well as available for rent or purchase from Vimeo on Demand.

A description of the film: “Discover the untold story of one of the world’s largest concentrations of climbable ice in a scrappy corner of the American Midwest: Munising, Michigan.”

We have climbed Munising for years and can attest to the epicness of the place! Here are a few shots from the action.

–Watch the full “Michigan Ice Film” via Vimeo on Demand.

Up Next: Black Diamond Issues Recall Of Carabiners, Runners