In the 1980s, Mongoose rocked cul-de-sacs, sidewalks, and skateparks across America with the Miniscoot. Today, it brings the legend back.

Mongoose looks to scoot back into the skating lexicon with its newest release. On Tuesday, the distinctive bike brand reintroduced the Miniscoot, a classic ’80s scooter with pneumatic tires, hand brakes, and BMX handlebars.

The new Miniscoot II has a Chromoly frame, 12 x 2.25-inch gumwall tires, Pro Class handlebars, and the same signature colors and graphics as its 1987 predecessor. 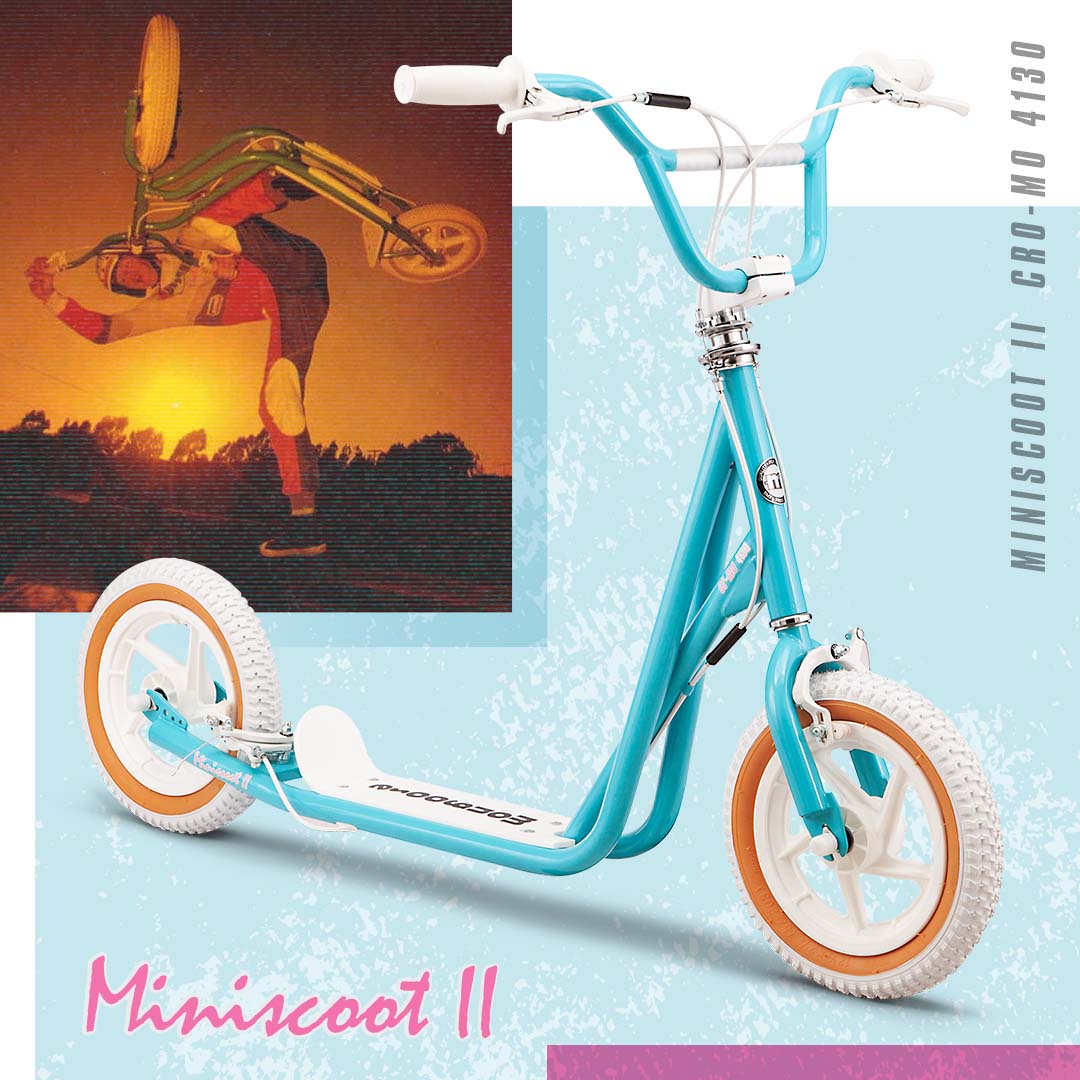 The deck plate has an aggressive tail for kicking tricks, while front and rear rim brakes support control. Its three downtubes should give it plenty of stability on the pavement. And the five-spoke wheels and chrome accents set off a charming look.

As far as the cool factor, the dude in the promotional shoot looks a little out of place on the Miniscoot II in his contemporary skate duds. But he also looks like he’s having a ton of fun. 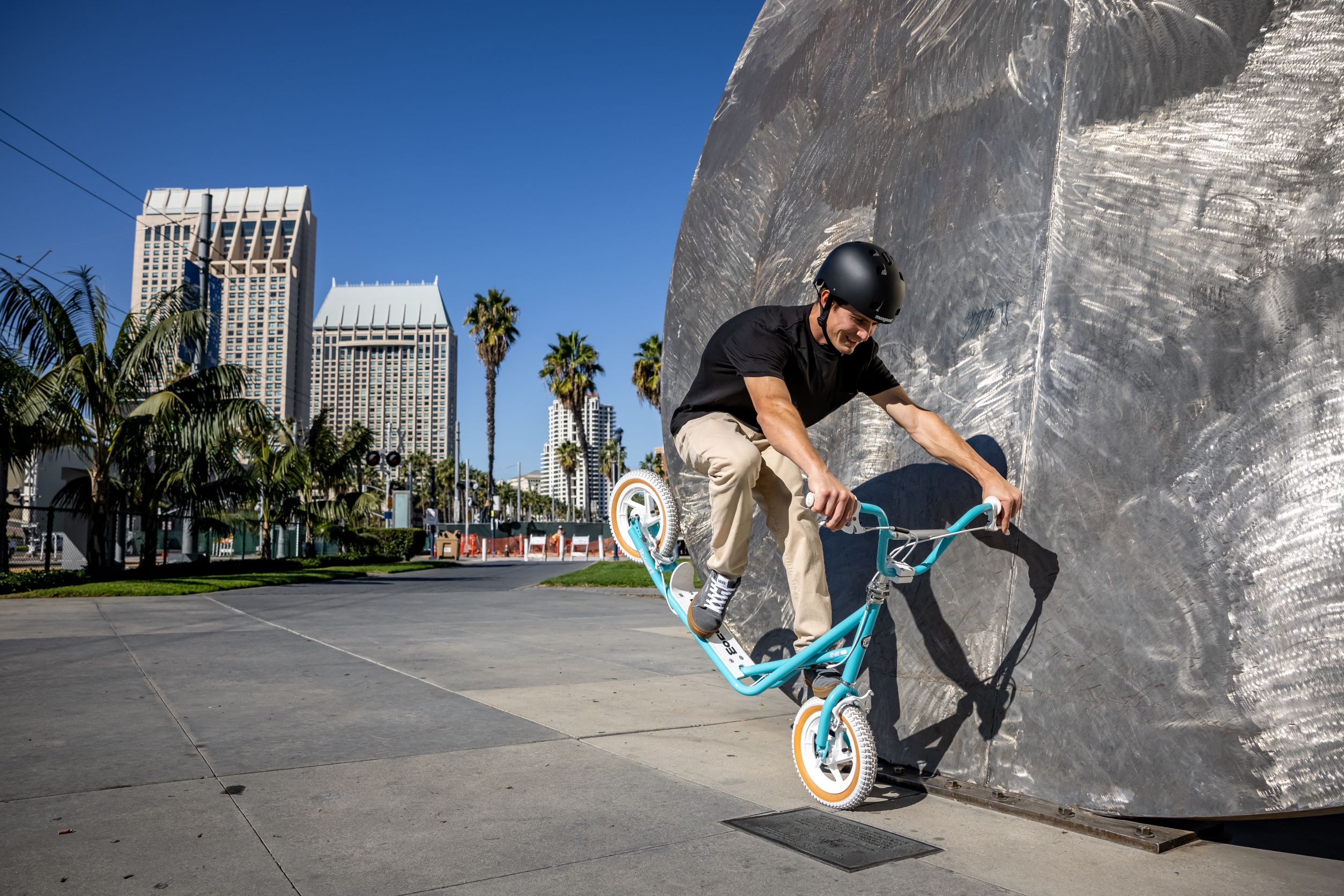 In 1987, Mongoose said in its catalog that the Miniscoot was “now tricker than ever.” It mentioned the reinforced kicktail (since dropped, presumably thanks to better polymers) and the first-of-their-kind brakes.

That year, it came in three colors — Laguna Blue, Electric Pink, and Classic Chrome. So far, we’ve only seen the Miniscoot II in a similar blue. Mongoose also dropped the Pro Miniscoot from the lineup, so if you’re on the pro scooting circuit, you’ll have to make do. 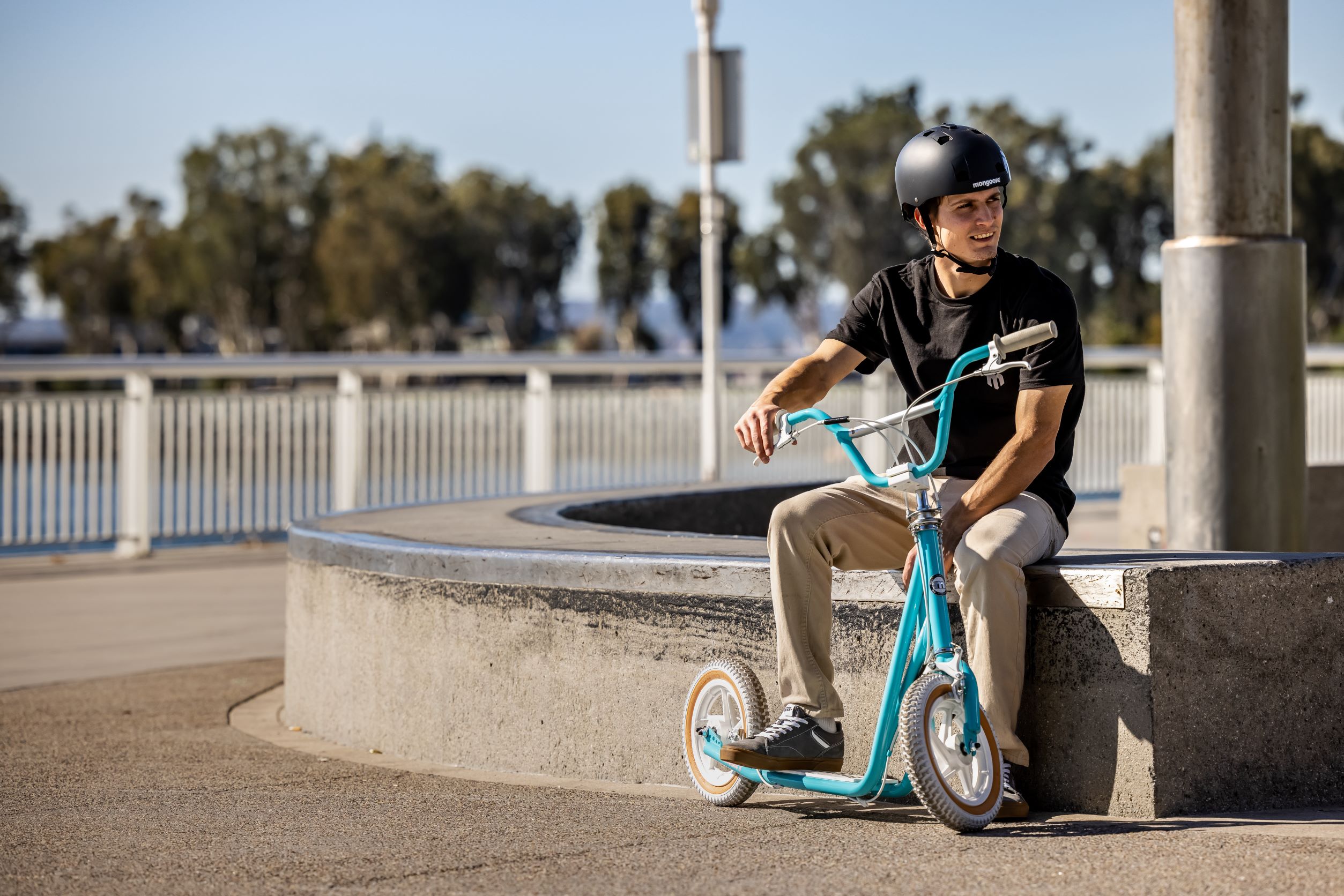 We think you can manage. The scooter is the newest addition to the Mongoose Classics line, which came to life last year. It joins two ’80s BMX throwback models: the Supergoose and the California Special. Get your scoot on for $200 MSRP.

Up Next: Patagonia Issues Statement to Utah: Protect Wild Lands, or We Boycott OR