Replacing Yeti’s hugely popular SB5.5, the SB130 made me a better rider. This 29er trail bike is the most aggressively versatile MTB I’ve ridden yet. I put it to the test across hundreds of miles, and up and down tens of thousands of feet, for this review.

Last month, Yeti Cycles introduced the SB150, one of the most capable big-travel 29ers you can buy. Though it weighs around 30 pounds, it absolutely crushes descents and rides as well uphill as any all-mountain or enduro bike.

But not everyone wants or needs a 150mm shock, 170mm fork bike. It’s a beast that dominates in the bike park, that will crush Enduro World Series races, and that many riders will pass on because it’s just too much bike. 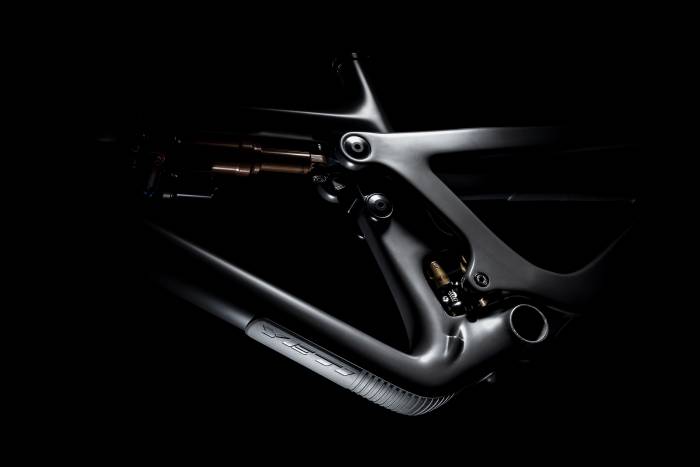 So this week, Yeti gives the rest of us the much anticipated SB130. It’s a 29er trail bike that’s just as capable as the SB150, slightly lighter, and ready to help you crush KOMs, beat your PRs, and lead the pack on lunch rides. 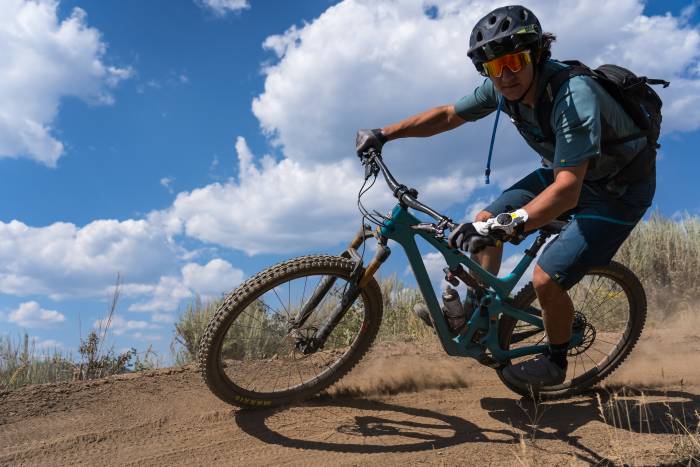 But the similarities stop there. The SB130 pulls from the same design manifesto as the new SB150, with progressive trail geometry powered by a longer reach, steeper seat angle, slacker head angle, and a shorter 44mm offset fork. The Switch Infinity suspension is improved with new kinematics and more progressive geometry. The 77-degree seat tube angle and big wheels make it an unapologetic climber.

Yeti SB150 Review: A Long-Travel 29er Built to Do Everything

Low, slack, and long, this long-travel 29er performs so well climbing and descending that riders who love the downhill could make it a one-bike quiver. Read more…

Designed simultaneously with the SB150, the SB130 uses the same shock extender, the same 31.6 seat post spec, and a Switch Infinity linkage that’s been tucked further out of the way of mud from the rear tire. Like the SB150, it’s designed for easy care and maintenance, with oversized ports and internal tubes that make cables easy to thread and keep them out of the weather. 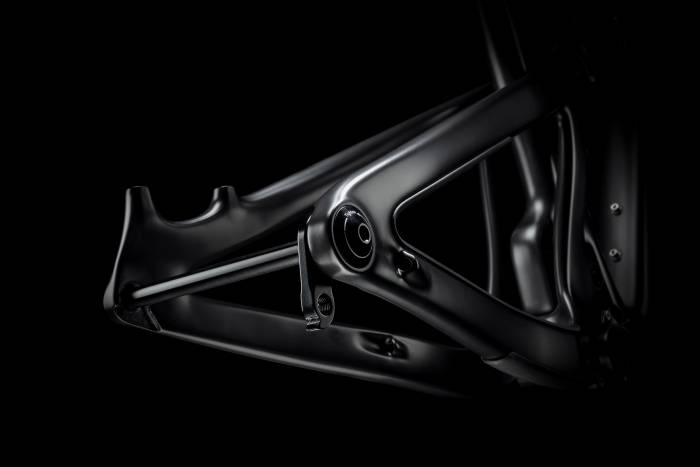 The two bikes share hardware, like the derailleur hanger. And, yes, like the SB150 and the SB100, the SB130 has space for a water bottle in the main triangle. It also has more standover height than previous year Yetis, which means that many riders can run a longer dropper post than in the past and that the size small fits more riders than in previous bikes.

My first ride on the SB130 was the day after the Yeti Tribe event in Snowmass, Colorado, a gathering of Yeti owners from all over the world who convene annually to ride, schmooze, carouse, and have a beer or two with Yeti’s owners.

During the event, we rode from the top of the lifts on Snowmass down blue and black trails. The ride included Animal Crackers Trail and the route from Vapor Trail to Government Trail, a 7-mile squiggle across the mountain that ends at the base of Buttermilk Ski Area.

I rode a Yeti SB5 Lunch Ride, a highly capable 27.5 trail bike with a beefy 160mm Fox 36 fork and a Fox Factory DPX2 piggyback shock. It muscled through talcum powder corners into killer drops, through streams into punchy climbs and shark-tooth rock gardens. 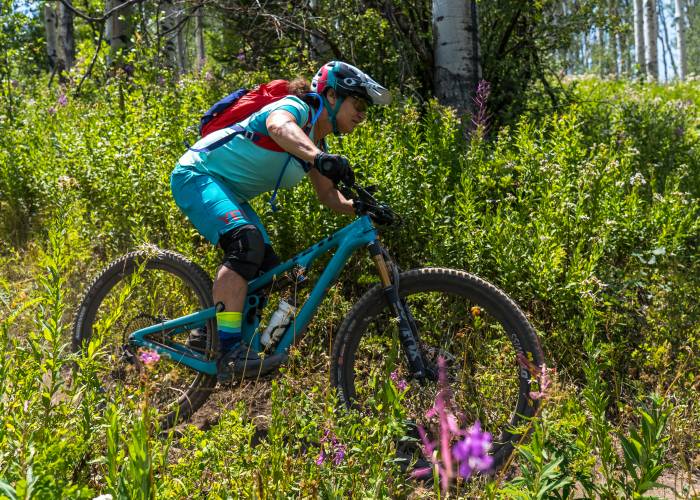 Two days later, I did the same ride on the SB130. I rode any punchy climbs where I had previously run out of juice, dismounted, and rested. I cruised without pause through loose, marble-strewn corners where I had braked on the Lunch Ride. And hair-raising downhills were magically more manageable.

I’ve dabbled in 29ers but haven’t been able to commit. I live in the Northeast, and I hadn’t found an all-mountain 29er that could manage the tight corners we ride every day here. And sometimes when I ride a scary downhill on a 29er, I wish I was a little lower to the ground.

But the SB130 changed my perspective. The bike zipped through tight corners. In root and rock gardens, the big wheels rolled over obstacles like they weren’t there. 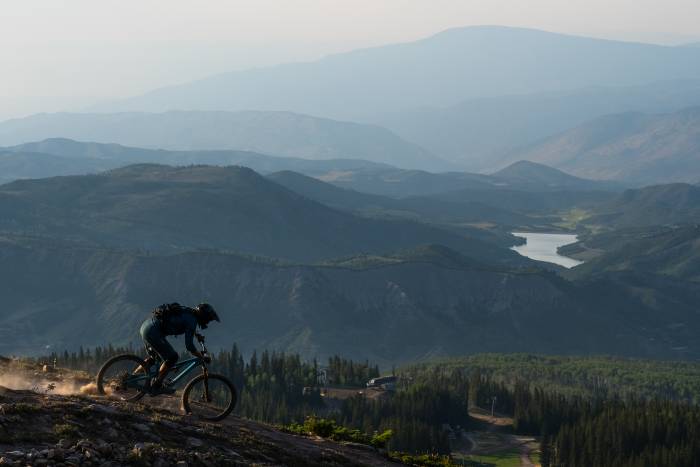 Every time I rode the SB130, I felt more confident, faster, and even more skilled. A big part of that is the SB130’s steering. Yeti’s new geometry changes the way the SB130 (and the SB150) steer. Point your wheel, and there’s no wandering.

On my home trails in Vermont, I rode technical features where there’s only one line and you don’t want to blow it. But the SB130’s astonishingly accurate steering wasn’t just descending. On climbs, I skipped through mats of off-camber roots and kept pace through tricky spots that sometimes grind me to a halt. 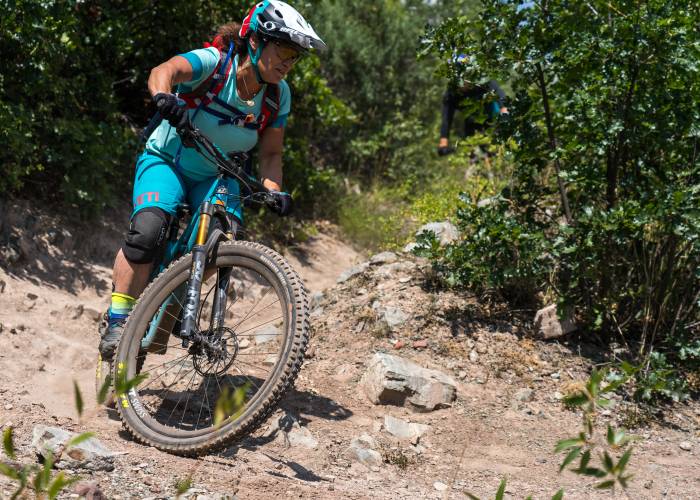 The bike is heavier than I expected — around 29 pounds for a Turq XX1 build with Shimano XT platform pedals. But it rides light. On climbs, I was faster than on the 25-pound Yeti SB5 that’s been my go-to bike for the past couple of years. Part of that is the switch from 27.5 to 29er wheels — 29ers are faster. Part of it is the bike’s kinematics, which virtually eliminate pedal bob.

In previous years, Yeti claimed that riders shouldn’t need to lock out their shock or put it in trail mode on long climbs. But I always did. It’s 1,000 feet of elevation gain from the road to the highest trails behind my house, and I do that climb a couple times each ride. On the SB 130, during a three-hour ride and 2,000 feet of climbing, I never touched the lockout lever on the shock because I didn’t need to.

Back in Colorado, I logged 300 trail miles on a two-week bike trip. Every day, I climbed to above 12,000 feet in Breckenridge, Durango, Crested Butte, and on the Monarch Crest. Every day I found myself proclaiming, “Holy shit, I love this bike!” 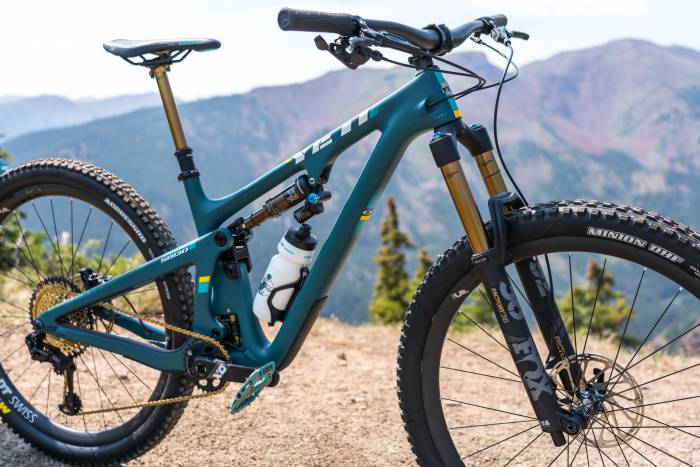 It was playful on the trail and easy to get the wheels off the ground. That hasn’t been my experience with other 29ers. On the SB130, I barely had to think about hopping over a rock or root ball, and the bike was in the air doing it. It’s as playful and hoppy as you want to be, but it’s stable and solid when blasting through roots and rocks as well as along shale slides and steep cliffs.

I rode it on 4,000- to 5,200-foot climbs. Despite its weight, it never slowed me down. I also almost never clipped a pedal thanks to the bike’s 337.7mm bottom bracket height.

Then there were the descents. On downhills where I’d normally brake or be cautious, I let ‘er rip. I took the bike to Moab and rode the Whole Enchilada and Captain Ahab, flowing down a rock staircase on Porcupine Rim I’d only previously looked at. On the SB130, I just kept ticking boxes, which put a smile on my face and helped me ride better and better. 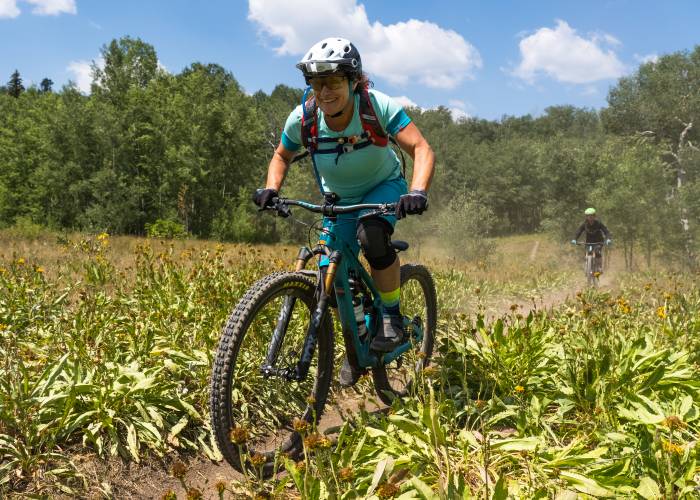 Like on the SB150, the SB130 has a revised suspension layout. The shock is attached to the bike with a two-piece extender. Its positioning gives Yeti freedom to manipulate the leverage rate without the bike bobbing on the climbs.

On the trail, that means better small bump sensitivity, midstroke support, and increased bottom-out resistance while still allowing the use of full travel. And, if you want to swap the spec shock for a coil shock, no problem.

It took me a little longer to dial in the suspension than on previous Yetis. But, if you click “support” on the page for any specific bike on Yeti’s new website, and plug in your height and weight, you get starting point sag and low- and high-speed compression and rebound settings that make any additional fine tuning easy. 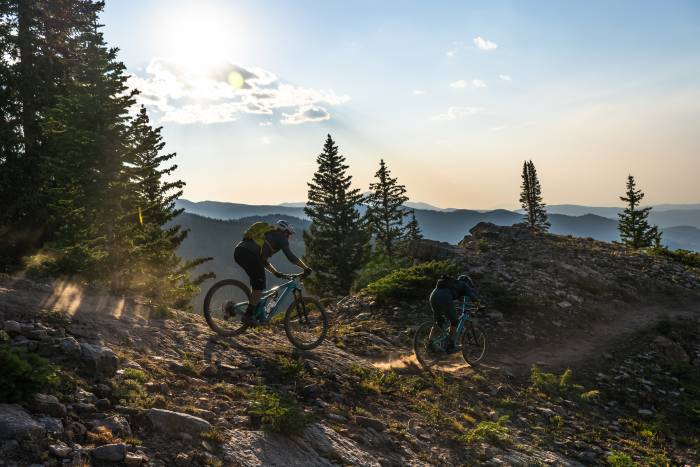 For riding in the East, I’ll swap out the Maxxis Aggressor 2.3 that Yeti specs for the rear. Even riding it around 24 psi, I still managed to puncture the sidewall and put a hole in the tread — and that was in dry conditions. The Aggressor is great for Rockies riding, but when wet fall weather descends on New England, I’ll swap for something with more traction in mud.

Like all of its 2019 bikes, the SB130 is backed by Yeti’s no-BS Lifetime Warranty. And just like the SB100 and SB150, there’s room for a water bottle in the main frame. Yeti fans can be pretty sure that a main frame water bottle mount is going to be standard moving forward. But for 2019, it’s still welcome news. 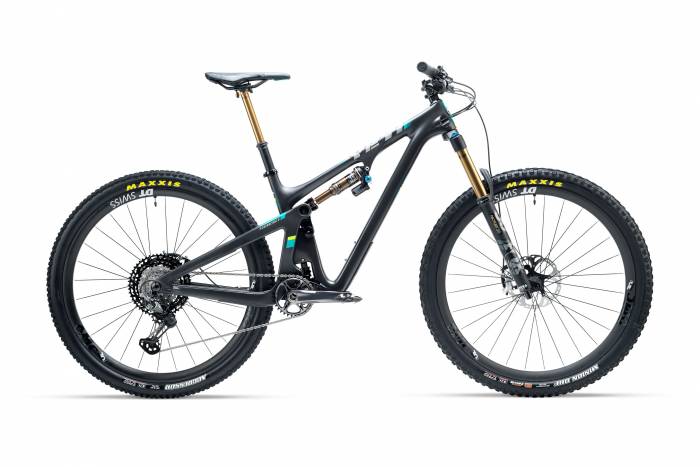 “We’re proud of every bike we put out into the wild. The SB130 is one bike that rules, but across the board, this year is exceptional for Yeti. We expect these bikes and the riders who push limits to exceed expectations,” said Chris Conroy, Yeti Cycles’ president.

Conroy nailed it: This bike rules. The SB130 harnesses the awesome feeling of a big-travel 29er with 130mm rear and 150mm front suspensions, enhanced by Yeti’s Switch Infinity, which is what gives Yetis their signature feel.

The brand doesn’t want us to call it a quiver killer. So we’ll just say you should notify your other bikes that once you own the SB130, they should prepare to gather dust in the garage.

Up Next: Declassified: ‘Super Magnesium’ Lighter Than Titanium, Stronger Than Steel

Saving…
Declassified: ‘Super Magnesium’ Lighter Than Titanium, Stronger Than Steel
The ‘Omata One’ Is a Retro Speedometer for Your Bike: Review
×