A bike-inspired mug gives grip via a custom brake handle. The husband and wife team behind it have perfected their hand-made design. 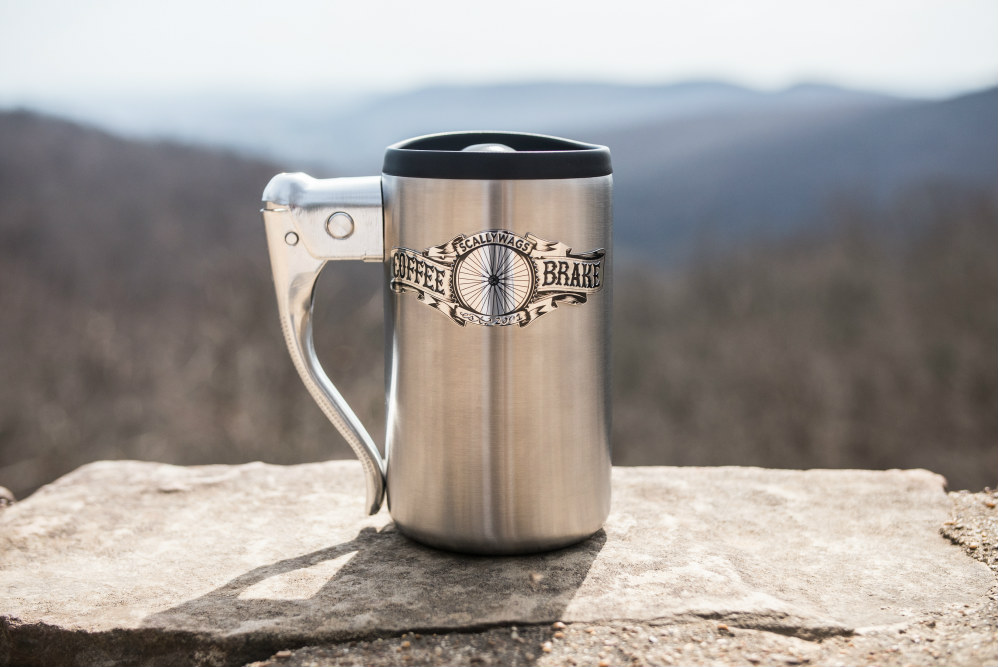 Editor’s note: After 5 years, the Coffee Brake Mug is nearing the end of its production run. This is your last chance to snag a mug — when it’s gone, it’s gone for good.

Beyond the novelty of a brake-lever handle, the mug is stout and minimalist. It boasts a 20-ounce capacity with a 3.5-inch base and a screw-on lid, so your venti won’t spill. It is stainless steel, double-walled for insulation, BPA-free, and dishwasher safe.

The Scallywags Coffee Brake Mug is live on Kickstarter and has 3,000 units available for sale, shipping worldwide. Retail price is set at $30, but early-bird pricing is available.

Back Story On ‘Brake’ Mug

Inventor Ben Clark knew he was onto something with his unique custom coffee mug when, in the summer of 2007, he used it to fend off a pursuing dog while on his bike.

“I was riding my bike up [the street],” he remembers. “I saw a woman walking her Rottweiler and I made direct eye contact with it. I rode by, but it was too late. I could hear its claws digging into the concrete behind me and I heard the woman shouting. The dog was right at my calf — I was sure I was going to get bit. I had the mug dangling on my handlebars, so I grabbed it thinking, ‘this is all I got.’” 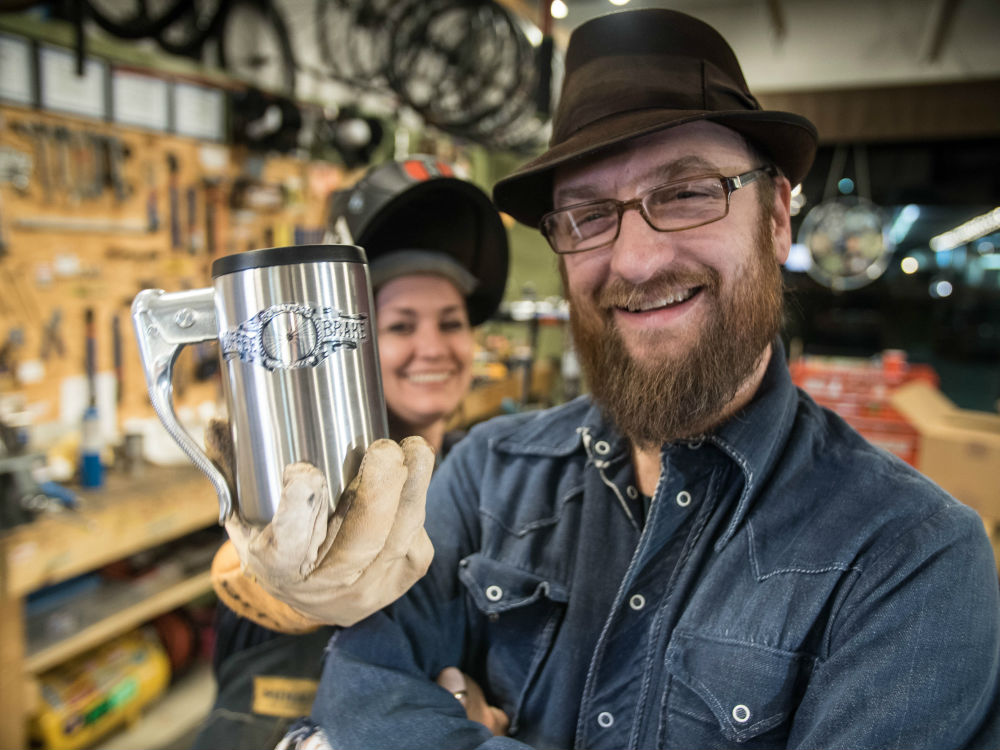 One swift bonk on the noggin deterred the canine and Clark saw that its owner had it safely wrangled before continuing on, but the Coffee Brake Mug — then in its second iteration — had proven its worth.

The mug’s pooch-deterrent qualities were a welcomed surprise, but the design is based more on everyday function and standout form. The stainless steel mug with an authentic brake lever handle has successfully funded three previous Kickstarter campaigns since 2006.

While versions one and two were built personally by Clark and his wife, Lisa, the pair now has brake levers custom fashioned for the shape of the mug.

“Initially, I made them with whatever I could find in the shop,” recalls Clark. “People even started sending them in the mail, saying ‘Make me a mug!’”

The makeshift design is a testament to Clark’s grungy, Minneapolis bike club ties — the Scallywags (also the name of his former bike shop) were renowned for crafting outlandish bike concepts, including tall bikes, a somersaulting bike, and a motor-powered burnout bike. 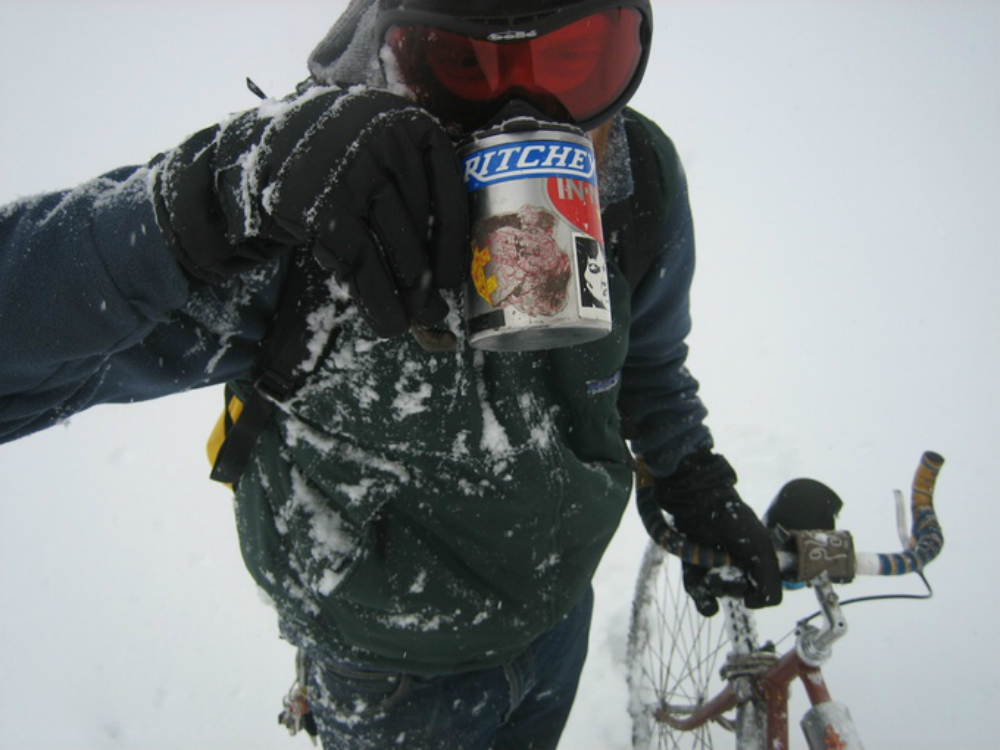 Version 5 of the mug design is in the works, with the potential for an anodized finish, for enhanced corrosion resistance and possible coloring, available “almost immediately,” and eventually co-branding for custom business designs.

For $30 (less if you back the campaign), this is a pretty distinctive item to add to your kitchen arsenal — especially if you roll past any dogs on your morning commute.