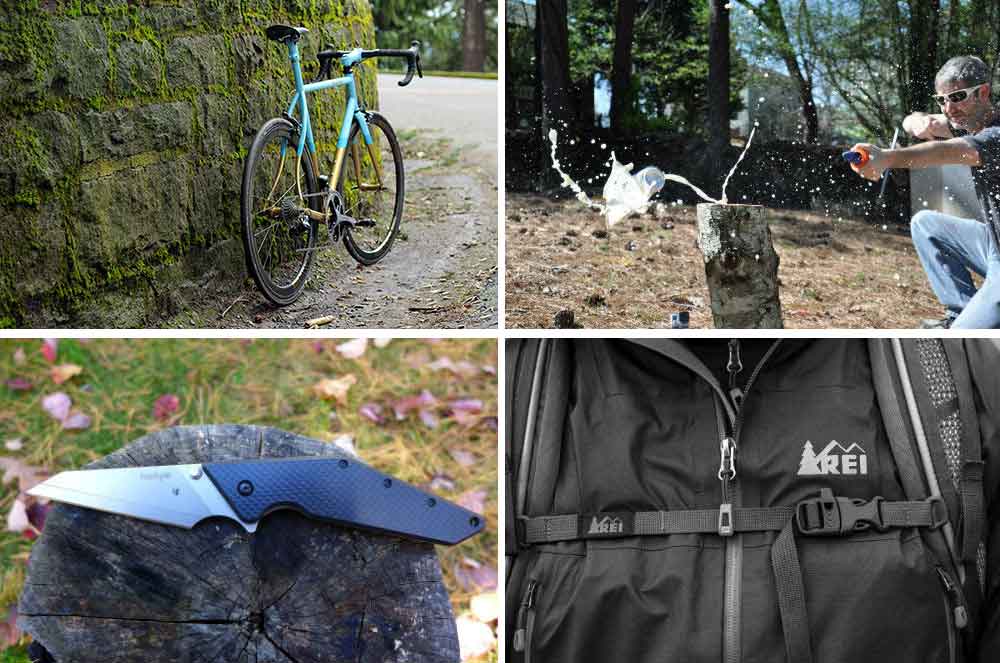 This spring, retail juggernaut REI says it will lead the industry in quality.

In 1976, a group of school teachers and students set out to retrace the route of explorer Robert de La Salle down the Mississippi River.

When Sisters’ Meeting in the Mountains connected an unprecedented number of female backcountry shredders for a weekend on Colorado’s toughest resort, it was more than just a ski holiday.

Black Diamond issued its second safety recall of the year: Ascenders, lanyards, and cams are included.

Video Raises Doubts Seeing is believing? This video of a bear chasing a snowboarder is wild, but many skeptics are calling it a fake.

Somewhere on the outskirts of the man-made wonders of Dubai, high above the rolling dunes, falcons are chasing drones through the sky. 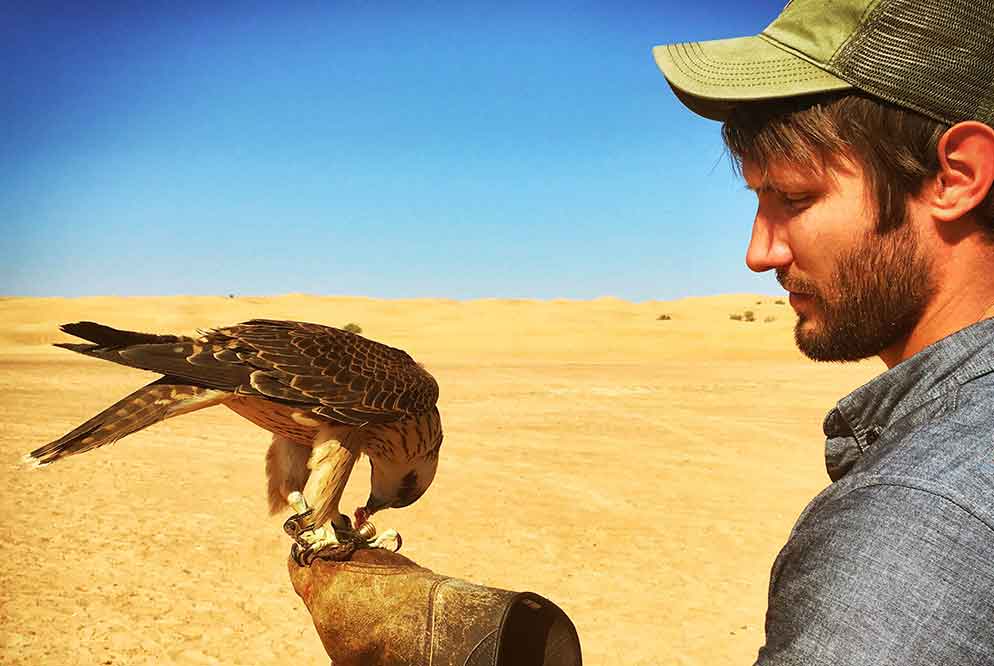 Like a onesie for adults, this Ninja Suit base layer from Airblaster is stealthy enough to wear almost anywhere.

The locals aren’t at all pleased with all the SUPers crowding their waves!

The goLock is a security cable that texts you and shrieks if your gear is being swiped.

10) Not A Toy: The Old Slingshot Gets A New Look

The pocket-friendly design of the Pocket Shot makes breaking stuff easier than ever. 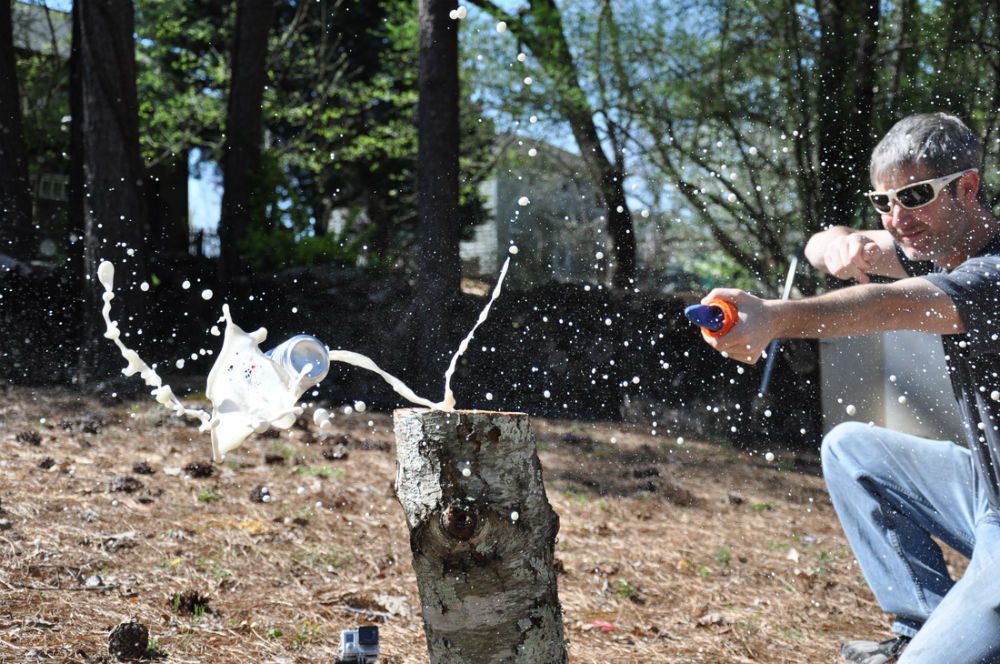 11) On The Brink: Working To Save Endangered Caribou

The last caribou that inhabit the lower 48 states now number fewer than 20. A fundraiser is trying to help stabilize their population.

With a claimed top speed of 93.2 miles per hour, piloting the Flyboard Air looks like an intense experience.

A stunning documentary of the deadliest day on Everest succeeds with heart as much as action. 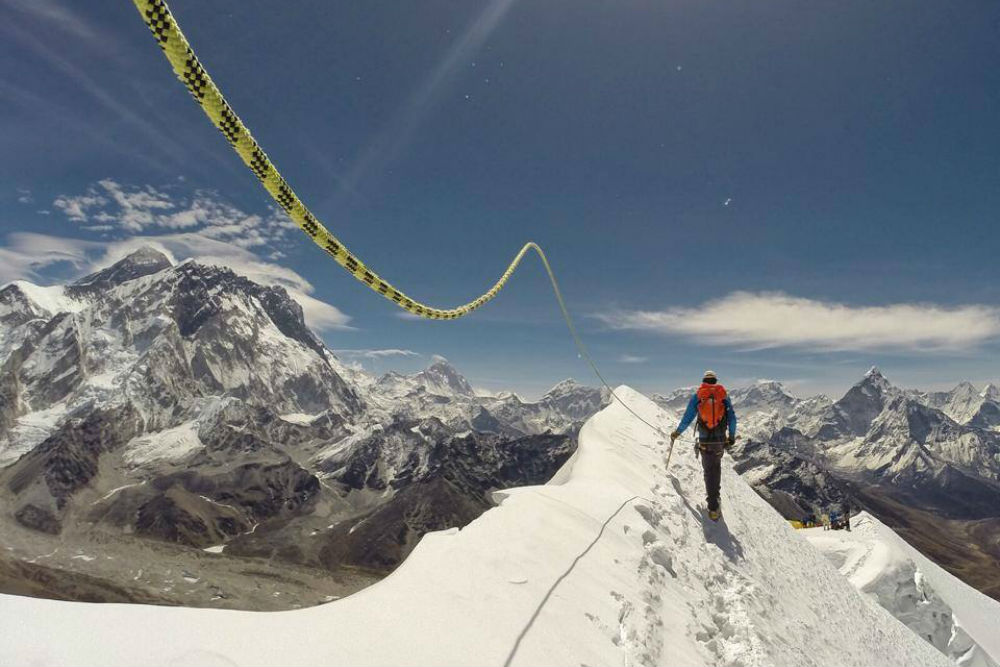 The Kershaw Tilt explored the outer limits of knife design, pushing the envelop of cutlery.

A high-end helmet upgrades its safety quotient via a special MIPS liner. Is the add-on worth the upcharge in the event of a crash?

Don’t miss out! National Parks will offer 16 days of free admission during 2016. 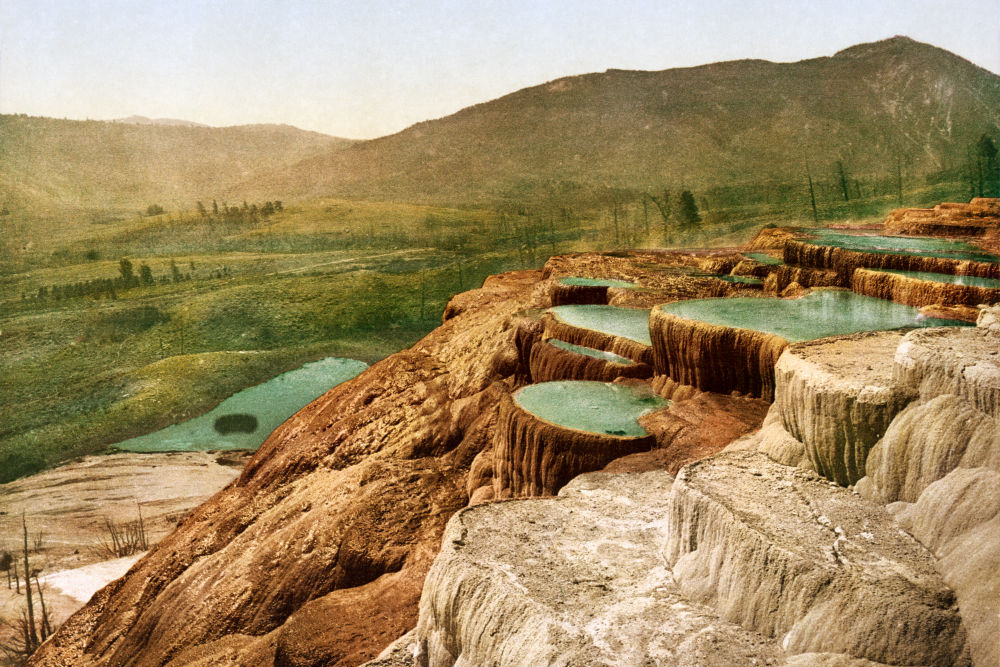 This burly, made in Colorado backpack will stand up to abuse while lugging your computer and daily gear.

19) Fully Custom Skis Are A Work Of Art

What does it take to make some of the world’s most exclusive, custom-built skis? This video reveals the man behind Igneous Skis.

20) Smile! Eagle Cam Is Back And Fluffier Than Ever

You asked for it, so the Minnesota DNR is doing it. Eagle Cam 4.0 is here!

21) Poll: Americans Prefer Cheap Vs. Made In USA

But a large minority are also willing to pony up for premium goods. What side are you on? 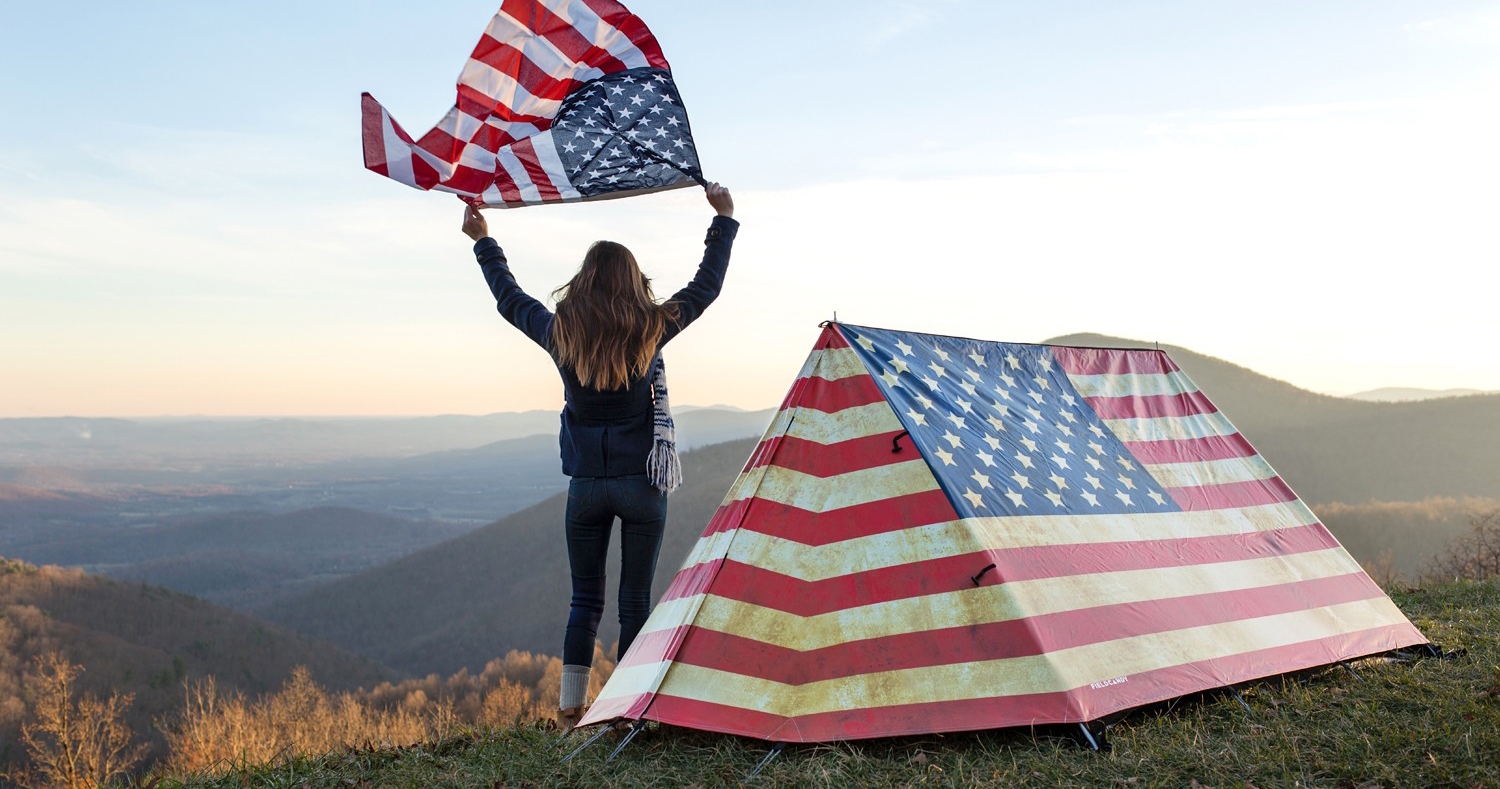 The Sister Marathon Initiative gives runners a new way to connect for travel and fellowship at races around the world.

Take an inside tour at Reynolds Cycling, where carbon wheels are made in molds and finished by hand.

24) No Shame! ‘Trail Buddy’ A Hip Addition For Your Fanny

Call it what you will, the fanny pack is back! The ‘Trail Buddy’ is a minimalist hip bag that’s stout and sleek.

‘What we are doing is analogous to a tailor or a surfboard shaper.’ – Sacha White, company founder. 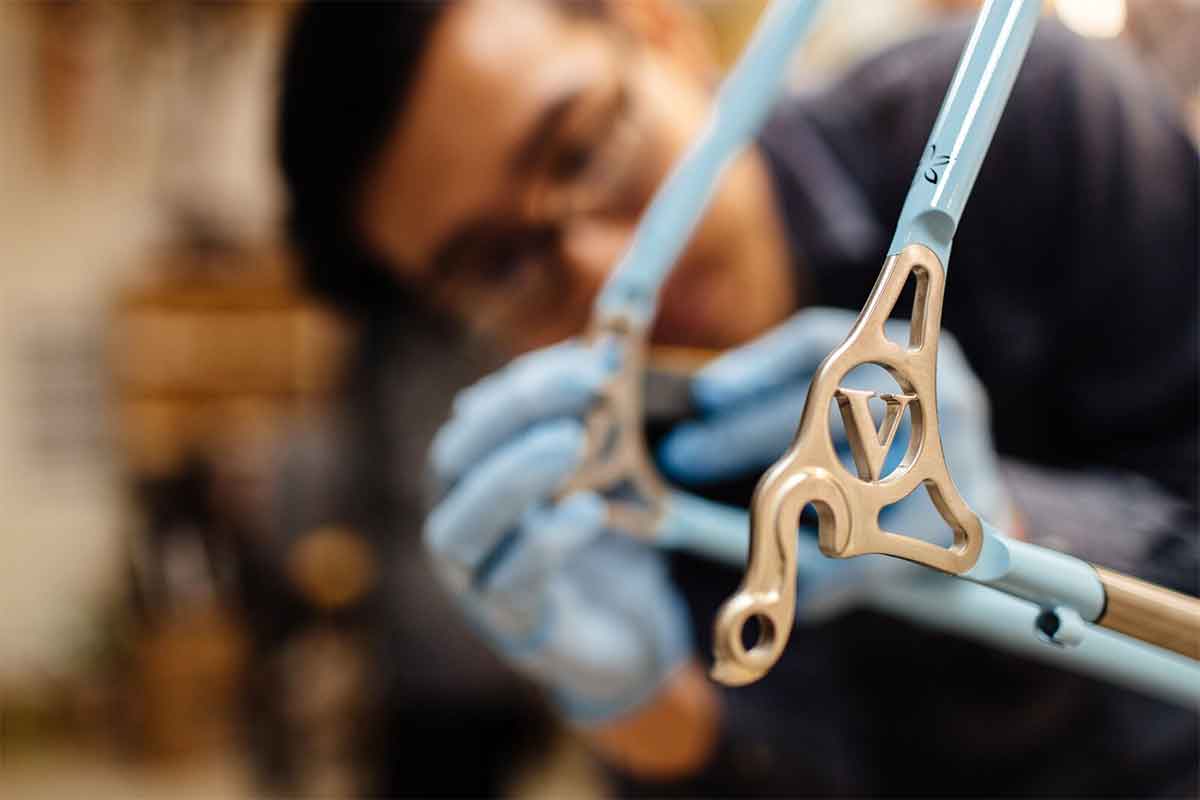 Even L.A. has some hidden surprises if you’re adventurous enough to look.

A young artist sets out to live in the back of his truck, painting scenes inspired by fishing the American West.

Virtual reality gets extreme in The Climb. Check out the trailer and interactive videos.

The film documents KEEN’s cross-country road trip advocating for the protection of 3 million acres of public lands, with an Earth Day premiere in San Francisco at the Wild & Scenic Film Festival. Watch the trailer now.

If you’re planning to join the masses headed to the mountains for a predicted storm in Colorado from the front range this weekend, plan to take your time.

Up Next: With Storm On Way, I-70 Closed Friday Night In CO

Saving…
With Storm On Way, I-70 Closed Friday Night In CO
Runner Dies During Patagonian Ultra-Marathon
×