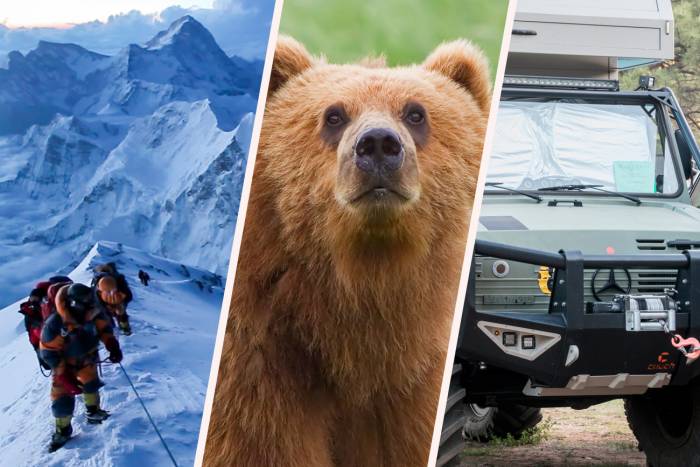 For a carbon mountain bike, $400 is not a lot of money. Unless you find it at Walmart. So is the Hyper Carbon X the crown jewel of box-store bicycles?

Canada is now home to the largest stretch of protected boreal forest in the world.

3) Watch: The Mind of an Ultrarunner

Robbie Britton, an endurance athlete from London, wants to be one of the world’s best ultramarathon runners. This beautifully shot video captures what goes through his mind.

4) Camp Meals On Sale: Stock Up for Backpacking

In what’s being cited as only the second fatal incident in 100 years in Washington state, a biker was attacked and killed by a cougar Saturday.

The just-released iPhone X Tesla by Caviar has a solar panel on back for always-on charging and a Tesla-like logo for brand association.

Watch how Fernanda Maciel made history in October 2017 by running up and down Kilimanjaro faster than anyone had before.

The core of any backpacking kit, the term “big three” refers to a backpack, tent, and sleeping bag+pad. Check out these picks, on sale now!

Looking for great outdoor gear at an amazing price? Check out these discounts and sales from Klymit, Kammok, and prAna.

Run down one of the world’s most storied racecourses in a footrace unlike any other.

Authorities confirmed the mountain lion that killed one cyclist and severely injured another was “emaciated” and behaving abnormally. They also released the identities of both men attacked.

A Vancouver teen will have to adhere to a ‘payment schedule’ to address the $36 million he owes for starting the devastating 50,000-acre Eagle Creek wildfire last year.

The world’s longest river has some massive rapids. Learn the story of Sadat Kawawa as he ascended within the Ugandan kayak scene to compete with the world’s best.

15) Our Favorite Roof Racks Are On Sale Now

Yakima and Thule racks are the gold standard for carrying bikes, skis, kayaks, and basically anything you need for outdoor adventure. And both brands are on sale now!

J.B. Mauney is a two-time world champion, but he doesn’t look like a typical bull rider. Learn about his unorthodox workouts, his cowboy lifestyle, and what makes him the best in history.

“Murder,” “conspiracy,” “sleuth” – it’s no crime novel. These are the strangest actual names for groups of animals.

We scoured Overland Expo West 2018 to find the coolest new products for off-road adventures. This is some of the latest and greatest overland gear for 2018.

Vollebak makes some of the world’s most extreme outdoor gear. And you can win all of it if you’re willing to tackle an ‘extreme’ journey to claim the brand’s one-of-a-kind lifetime discount card.

Kayak angler Rob Choi landed a potential world-record 53-pound red drum on May 14 on a fly.

Did you know that K2 is thought to have a curse against women? Read our list, from Pakistan to New Hampshire, of the world’s 10 most dangerous mountains for climbing.

23) ’50s Government Memo Outlines How to Hunt a Yeti

In 1959, the U.S. government issued rules for hunting yetis in Nepal. Yes, really.

24) Man Bitten By Rattlesnake After Pulling It From Water

A South Carolina kayaker is in critical condition after pulling the rattlesnake from the water after mistaking it for a juvenile gator. 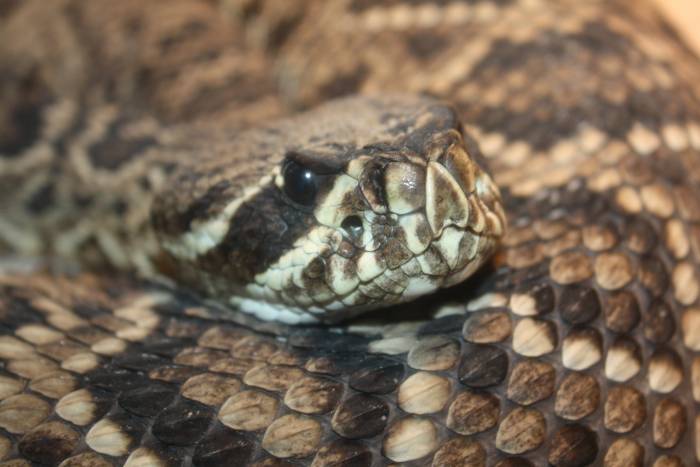 25) Get Vertical: 4 Essentials to Start Climbing

You don’t need much to start climbing. In fact, you only need four items. Check out these beginner picks for climbing shoes, harnesses, chalk bags, and helmets.

The fatality marks the first death at Yosemite National Park this year. It’s the first Half Dome casualty since 2011.

Wenonah introduced the Wee Lassie this spring as the smallest canoe in its fleet.

29) Hydro Flask Water Bottles Are Awesome, and Now Half Price

The brand Hydro Flask makes some great products. And now you can score some at REI at a crazy discount.

Patagonia, SOG, Petzl, and REI in-house gear is on sale this week. Our weekly column finds the best deals from across the web to save you money on outdoor gear.

31) Outdoor Hazard: How to Avoid a Cougar Attack

Cougar attacks are rare, but it pays to play defensively in mountain lion territory. Here, we provide some tips on how to avoid these encounters and what to do in the rare event of an attack.

Step for step, the final push to the top of the world’s tallest peak looks arduous. Thankfully, Elia Saikaly brought a nice camera to the top!

Remember these six budget-friendly items on race day to make your first triathlon as comfortable – and fast – as possible.

Summer is almost here, and cycling and camp season is in full swing. So that means it’s time to gear up for bikepacking! Check out our top picks for products on sale now.

With only a handful of designated trails, Badlands National Park is best explored off trail. We spent three full days in the park, exploring its labyrinth of rugged badland formations.

Nikon strengthens its line of sport optics for outdoor enthusiasts with the introduction of the Spur Reflex Sight. We took it turkey hunting for this review.

Last week Sasha DiGiulian was one of 60 climbers who gathered in Washington, D.C., to appeal to lawmakers on several issues that representatives for the growing sport care about most.

Looking to find a road bike under $1,000? These bicycles have some heft compared to their expensive cousins, but they’re built to last. 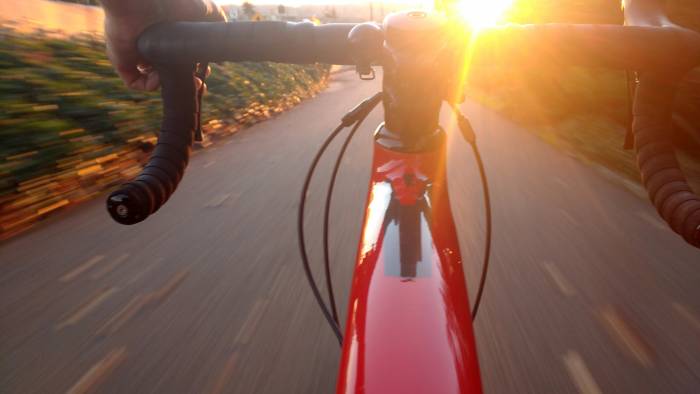 Our resident overland traveler scoured Overland Expo 2018 to dig into the latest trends in the overland world.

40) Attacked From Behind, Woman Fights Off Bear

Just one week into her job as a grizzly bear wildlife technician, Amber Kornak found herself in the clutches of an attacking bear. Despite serious injuries, she managed to fight her way to safety.

42) Therm-a-Rest Calls the Parsec Its Most Balanced Sleeping Bag Yet: Here’s Why

Therm-a-Rest says this versatile 20-degree-rated bag might be its most effective and well-rounded sleep system to date.

43) How To Choose A Tent: An Explainer

With camping season upon us, we’re here to help you find the best tent for your outdoor pursuits. From tent features to sleeping capacity, we cover it all.

Kayak angler Rob Choi landed a potential world-record 53-pound red drum on May 14 on a fly.

If you’re looking to outfit your backpacking kitchen for summer hikes, several top products are on sale through Memorial Day. Grab a deal, hit the trail, and get cooking.

This year, moms took over the podium at the Denver Colfax Marathon, the state’s only sanctioned 26.2-mile race.

GearJunkie got a first look at the upcoming Merrell Rove and MQM Ace footwear, coming to market in 2019. 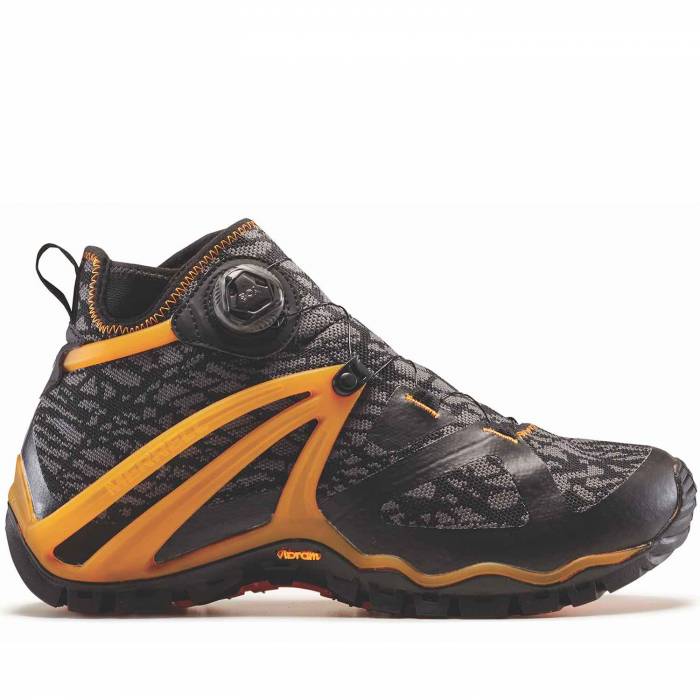 48) Racing Winter: If This Doesn’t Make You Want To MTB, Nothing Will

Shawn Neer wakes from his A-frame cabin high in the mountains and proceeds to ride the most beautiful singletrack all day. This is a mountain biking dreamland.

The ESEE Camp-Lore PR4 is a highly functional fixed-blade knife that simply gets the job done. We chopped, sliced, and scraped it in the field for this review.

This week, as part of our larger Find Your FKT contest, we’re giving away 12 pairs of Merrell MQM Flex shoes and an all-expenses-paid weekend hiking trip for two.

The Gregory Optic 48 delivers the obvious benefits of an ultralight pack with a high ratio of features and function for its weight.

Patagonia, SOG, Petzl, and REI in-house gear are on sale this week. Our weekly column finds the best deals from across the web to save you money on outdoor gear.

54) No Softie: Get to Know YETI’s ‘BackFlip’ Cooler Backpack

What, where, even why to carry: YETI explains the ins and outs of its increasingly popular cooler backpack the BackFlip.

There are literally thousands of items on sale at REI right now. We combed through to find 10 that will survive a decade of outdoor adventures or more.

Yellowstone National Park opens for fishing today, May 26. We’ve got the information you need to get out.

Up Next: Attacked From Behind, Woman Fights Off Bear

Saving…
Attacked From Behind, Woman Fights Off Bear
Climbing Season Closed: A Look Back at Record Year on Everest
×